Poland has become an attractive spot on the map of advanced technology industries, i.e. IT, telecommunications, biotechnology, nanotechnology, and robotics. The number of businesses investing in these industries is steadily growing, with the influx of global players in IT, car and airplane industries, as well as major pharmaceutical and cosmetics concerns placing their R&D centers here. So far international companies have placed about 40 research and development centers in Poland.

A lot of businesses are asking why it is worthwhile to make use of Polish firms’ services. Is there an outsourcing market in Poland? What is the infrastructure like? Are young people there really well educated? Below there are two reports to download, where some answers about Polish economy, market structure or education could be found. 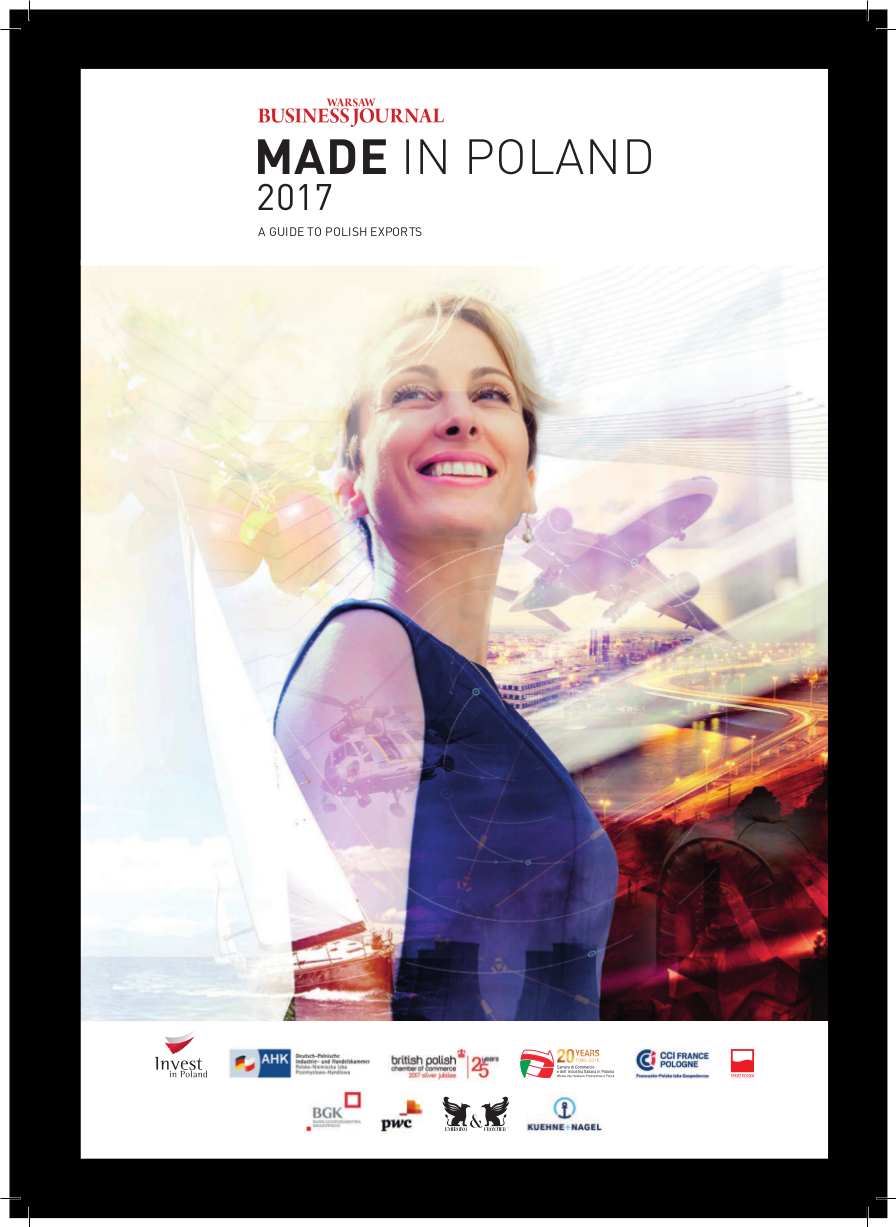 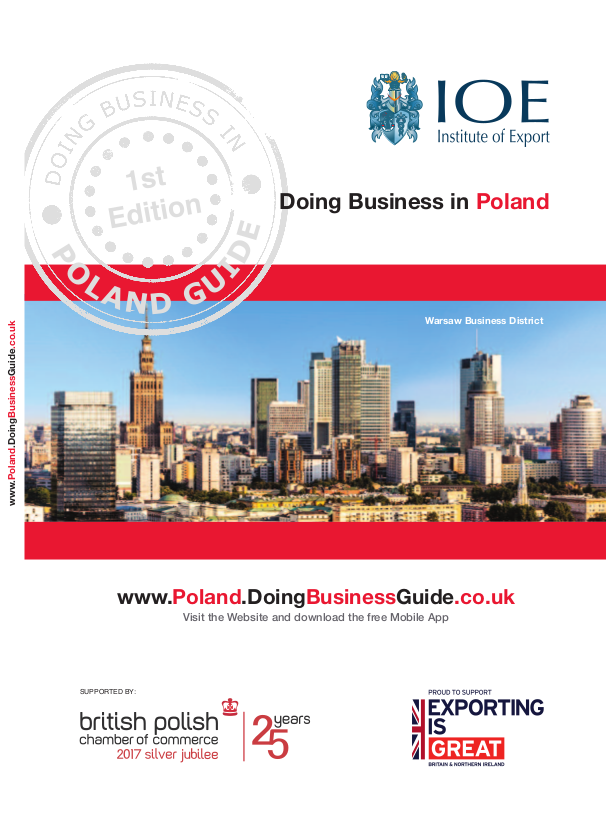 There are many reasons why to outsource in Poland. Polish economy is one of the fastest growing economies and the high level of polish education results in particular scientific achievements. If ad the strategic location in the heart of Europe, Polish peoples resourcefulness and hospitality – Poland becomes the perfect place to outsource from. Below there are 10 the most important arguments why it’s worth to outsource in Poland.

10 arguments for outsourcing in Poland :

For recent years the internal outsourcing market has been on the increase. Insofar as in 2007-2009 clients still were subcontracting mainly some simple services (e.g. cleaning, safeguarding), since the beginning of 2010 we have observed an intensive interest in business services (Business Process Outsourcing, BPO).

Speaking of the expenses structure, for the last years the bank-financial sector and public administration have remained the largest clients on the Polish business services market.Integration services sector comprises the lion’s share of the IT services in Poland. What is worth mentioning is the fact that outsourcing and consulting services markets develop most rapidly.

Over the next few years finance, banking as well as telecommunication, trade and heavy industry will have been most interested in IT outsourcing.

According to Audytel, a Warsaw-based analytical and consulting firm specializing in advanced IT solutions for large companies, an increasing number of businesses located in Poland is declaring their readiness to hand over some of their activities to outsourcing firms. Nearly a third of businesses which make use of outsources’ services are planning to expand the scope of the cooperation.

The cities where most IT specialists are employed are Krakow and Warsaw.

In spite of its huge potential, the Silesia is a region which is still not fully exploited by IT market players despite its huge potential of good location, its convenient network of dual carriageways, its two airports and easy access to the largest science institutes and finally, its highly qualified specialists in many industry areas. 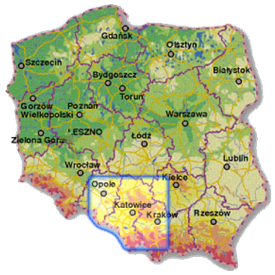 The Silesia covers a chunk of south-central Poland. An industrial region, it offers easy access to a wide range of specialists and technologies. Two international airports and convenient road and rail connections are the Silesia’s big asset.

Another vital benefit is the handiness of technical universities and students. A large academic and science centre itself, the region lies near Poland’s other major seats of learning, like Krakow, Wroclaw, Lodz, as well as Czestochowa, Bielsko-Biala, and Opole.

IDC estimates the current value of the world’s outsourcing market at over $360 billion, IT outsourcing accounting for 64% of which. In 2011 Polish IT market grew to $9.7 billion with the growth rate of 5%. According to IDC estimates, in 2012 it will grow by another 4%, reaching $10,65 billion worth. Over 60% of firms predict this trend will continue in next year.

Offshore outsourcing and captive offshoring services are provided in over 100 countries, India being the market leader with about 40% market share. The latest forecasts predict that India’s share in the next few years will be decreasing, with East-Central Europe countries increasing their market slice. What is worth mentioning is the fact that over the last few years this region has considerably extended its share of global offshoring services market. The share of the East-Central Europe countries is estimated to be 8% of world’s overall offshore services value. In recent year Poland  has positively started to be more recognizable in Europe and in the world as a place suitable for modern business services sector investments. The country has been noticed not only by global corporations’ representatives and trade organisations but also by international analytic groups.

Several facts about outsourcing in Poland:


The main Polish IT ”export products” are, well-known, computer scientists, who have easily been employed in foreign firms. Thus, the want of Polish IT firms for foreign markets has every chance to be readily realized on the grounds that local  IT companies make use of their assets entirely. These assets comprise well-spoken-of specialists working on hardware and software production, very high quality of a product and last but not least lower costs of production, which enable to sell on competitive conditions  keeping a high quality-price ratio.

Among IT experts, apart from the major firms in the business whose products are being sold not only in Europe but also in the USA and Arabic countries, small firms grow more and more important – their flexibility and extensive expertise joined together perfectly meet foreign client’s needs. High quality of service, decreasing labour costs and slight cultural differences pose a great opportunity of expansion on foreign markets to Polish IT firms.

The biggest players are in Poland

Krakow and the area around and Silesia are where most business process organizations (BPOs) are concentrated. Among those who have their financial and accounting centres here are Lufthansa, IBM, Elektrolux, Philip Morris, Fortis Bank, Shell, Capgemini, HCL, ACS and HSBC, France Telcom. Alior Bank, Europe’s biggest financial organization has opened its Center of Operations. Hewlett-Packard,Infosys, General Electric also have set up their outsourcing centers in Poland. Motorola and IBM have placed their research and development centres here as well. Delphi has both its headquarters and its R&D centre; Sabre, Google, HCL Technologies, UBC, Elettric 80 and Ericpol have both their offices and R&D centres. Cisco is planning to invest here in the nearest future, and Wyse Technology, which controls 40 % of the world’s computer terminals market, has opened its software centre.

The latest Computerworld report points out, that in 2011 the Polish IT market was worth $9.7 billion and had a reasonable growth prospect.

IDC Poland data shows, that compared to recessionary 2009 the market in 2010 grew by $0.83 MM and it is predicted that in 2012 another considerable growth will take place. IT industry looks optimistically to 2012. Nearly 70% of the industry expect the improvement, and 5% of them expect much better situation. The market would develop without any major deviations according to less that 25% of firms.


Over a span of last two years the employment of specialists in BPO sector firms in Poland reached 85.000– twofold growth compared with the previous year. It is emphasized that by the end of this year  employment in BPO sector may hit 100.000. Now, the Polish occupy 40% of posts in outsourcing industry throughout East-Central Europe.

The direction of these changes is caused by modernizing the sector and Poland making itself similar to developed European countries’ markets. According to the forecast, it is expected that until 2014, further hardware share decline in comparison to the other two segments, will take place.

According to the research, Poland is one of the most popular outsourcing localizations being chosen by foreign investors. In 2011 thirty-eight new business service centres appeared in Poland. In 2012, the Polish outsourcing market value grew by $1 billion being worth $4 billion now. More than 60% of firms estimates that this upward tendency will remain also in the following year. According to the Outsourcing Institute research it can be expected that the increase in Polish outsourcing firm’s profits will reach 35%.